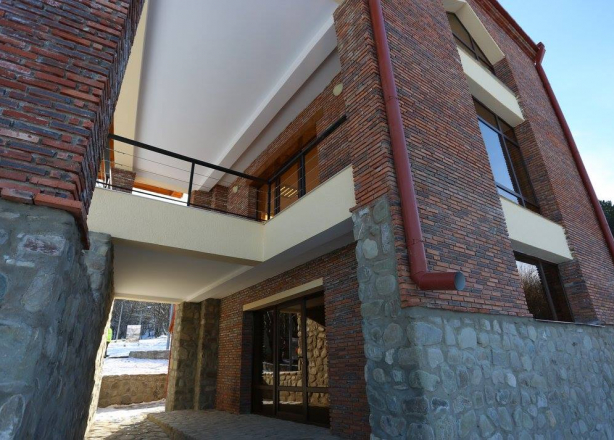 On the instructions of the Government of Georgia, the Municipal Development Fund of the Ministry of Regional Development and Infrastructure of Georgia has commenced rehabilitation and reconstruction works for the passenger ropeway transport systems and stations in Chiatura. The project is funded by the Governments of Georgia and the Republic of France and its total cost averages GEL 40 million.  The Minister of Regional Development and Infrastructure of Georgia – Zurab Alavidze, Governor of Imereti Region – Givi Chichinadze, and Executive Director of the Municipal Development Fund of Georgia – Galaktion Buadze visited Chiatura for inspection of construction works.
In Chiatura, ropeway is one of the main means of conveyance, which has been serving the town since 1954. It has to be noted that it was the first passenger ropeway in the Soviet Union.  Back in the nineties of past century, the existing lines and cars were already unable to meet current demand. Moreover, due to long period of their operation they were unsafe for the passengers, therefore operations of the passenger ropeway were suspended in 2016 and the town distinguished by its hilly relief, not mentioning the number of its local population, but also hosting tourists was left without this transport facility.

Supply of the revers-type gondolas was provided by the French company “Pomagalski. Road length is 3428 meters and 8 modern gondolas were purchased for these lines.

At the current phase, the rehabilitation is being held on one central station and its 3 outgoing lines: Sanatorium  (862 m), Naguti (1081 m) and Lezhubani (845 m). Planning works are currently in progress for the 4-th line - Mukhadze (640 m).
The project is expected to be completed by the Autumn 2017. Thousands of passengers will have an opportunity to travel safely and comfortably by an eco-friendly, new ropeway transport.