Minister met the ambassador of Turkey to Georgia 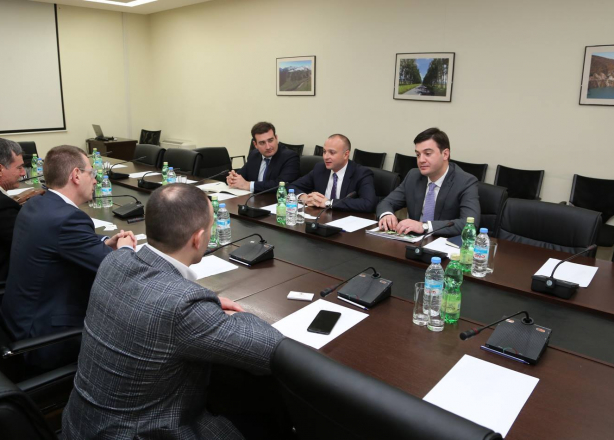 Minister met the ambassador of Turkey to Georgia

Minister of Regional Development and Infrastructure, Zurab Alavidze together with the First Deputy Irakli Matkava met the Ambassador of Turkey to Georgia Levent Gümrükçü.

At the introductory meeting, Zurab Alavidze and Irakli Matkava introduced to the ambassador of Turkey large scale projects in the field of road construction-rehabilitation, water supply and waste management, which is being implemented by the Ministry of Regional Development and Infrastructure of Georgia.

Ambassador of Turkey expressed his willingness to be engaged in the projects to be implemented by the Ministry of Regional Development and Infrastructure and noted that the Turkish private companies are interested in cooperation with Georgia in the field of infrastructure and in participation in tenders announced by the Ministry. The ambassador noted that the region has a great potential. But still there are locations that still have to go a long way to development.

The Georgian side positively assessed cooperation with Turkish companies and expressed his readiness for future cooperation. As the minister said, decentralization process is underway in Georgia and it will be the basis for regional development.

At the end of the ambassador invited Minister to Turkey and promised to organize the meetings with important potential partners there.