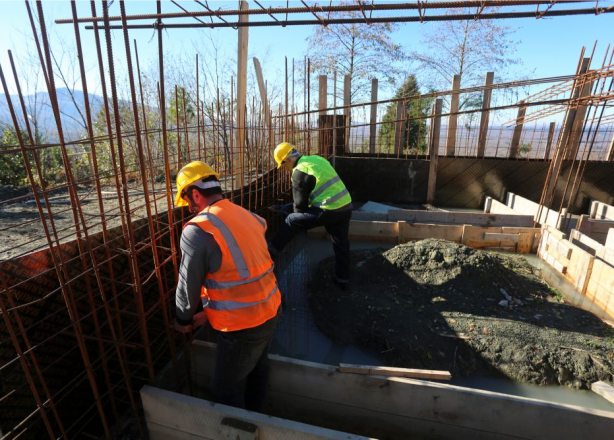 Rehabilitation of old and broken down Culture Houses in regions actively continues. Rehabilitation of one of such centers is complete in Tsalenjikha.
Minister of Regional Development and Infrastructure of Georgia, Zurab Alavidze visited the renovated Culture House together with the representatives of local population.
According to Mr. Alavidze, rehabilitation of Culture Centers is given proper attention. “There are buildings in lots of Municipalities that were closed down many years ago, or are broke down or no more fulfil their original function. We have completed rehabilitation of one such Culture Center in Tsalenjikha, were interior and external façade, stage and the hall were fully renovated. Soon the Center will host various cultural events in the renovated Culture House.”
GEL 680 000 was spent from the state budget for implementation of the project.