Kutaisi will be connected to the highway through Nikea Street 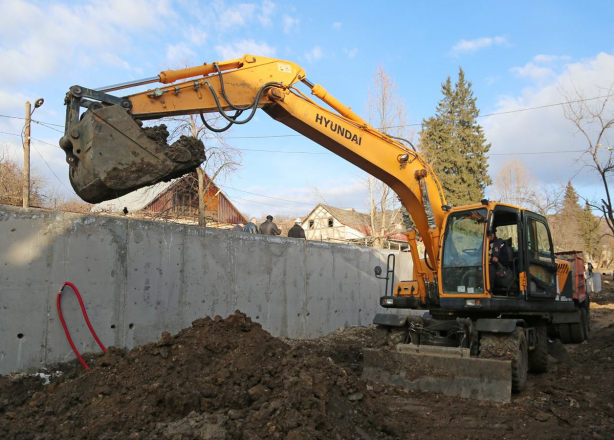 Kutaisi will be connected to the highway through Nikea Street

Roads Department is carrying out construction of 4.1 km section of Nikea Street-Geguti interchange. Construction section starts from the square existing at the end of Nikea Street in Kutaisi and ends at the interchange located in Geguti.
According to the project, 4-lane concrete road and 1 railway bridge crossing will be constructed. At present, arrangement works of road base are underway. Minister of Regional Development and Infrastructure of Georgia Zurab Alavidze inspected ongoing works on site.
This section is used by the following villages: Geguti, Patriketi, Sakulia, Opurchkheti’s densely populated inhabitants and the administration of Geguti colony, as a result of which intensity of vehicles is quite high.
Section between Geguti interchange and Nikea Street was damaged and, practically, could not afford to cope with sharply increased traffic flows.
After completion of reconstruction-modernization (modernization into four-lane road) works Nikea Street-Geguti interchange, this section will be connected to a new highway and will become the main interchange connecting to Kutaisi.
Works will be completed in June 2017. The cost of the project is GEL 17 777 777. A total of 65 people are employed in the works.