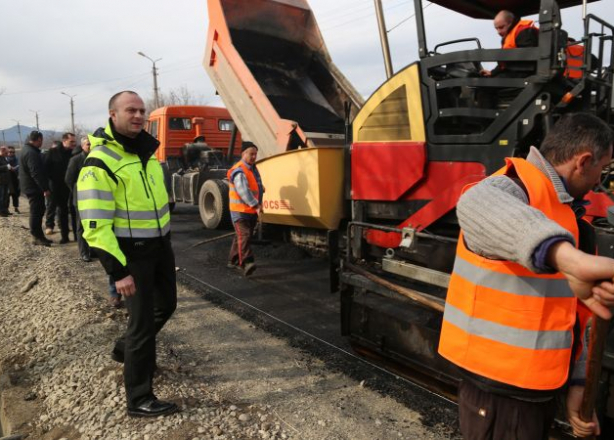 The Municipal Development Fund of the Ministry of Regional Development and Infrastructure of Georgia carries out improvement works for Street and sidewalks in Shvabebi of Tetritskaro Municipality. Mr. Zurab Alavidze – Minister of Regional Development and Infrastructure of Georgia has visited the works progress. Stone pavement will be arranged and potable and irrigation water systems along with sewage and drainage networks will have been regulated in Asureti village by the end of the year.
Prior to the beginning of the 20th century, there had been the German settlement in Asureti village. The samples of German architecture have been preserved in the village even to date – residential houses and so called Maranis (wine cellars),  as well as Churches and a cemetery. The project is executed by funding of the Government of Georgia.